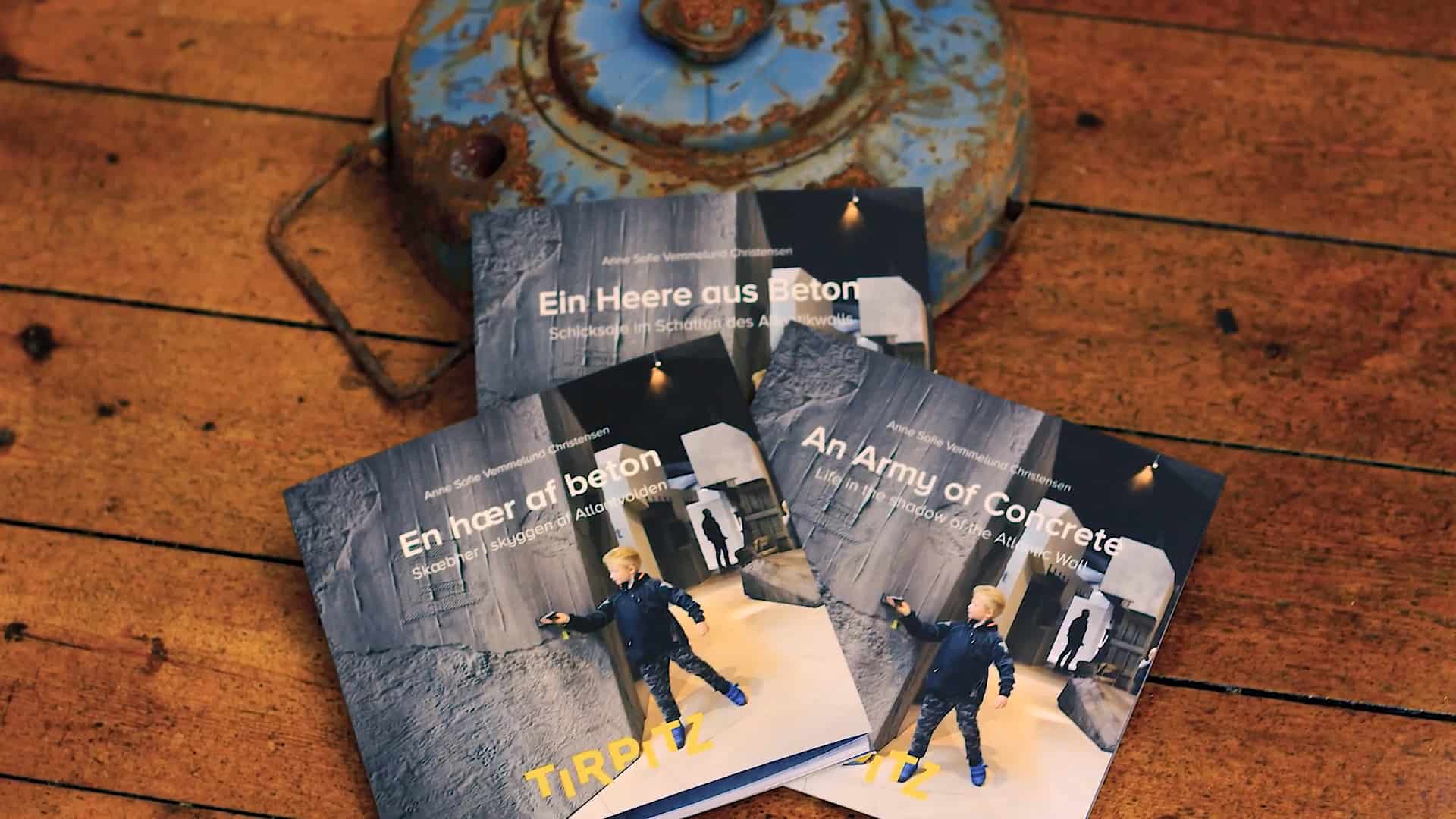 In a landscape of bunkers – an army of concrete – you get to explore a multitude of stories of life on the West Coast during World War II. In each bunker you will meet a new person and hear their version of the story. A thought-provoking experience!

The exhibition, Army of Concrete is no ordinary bunker exhibition. In Tirpitz, you encounter the story of World War II in West Jutland through the eyes of the people who experienced it. Dry facts about the course of the war or the construction of the Atlantic Wall are not heavily featured.

From the accounts of the German officer in the Büffel radar station you will discover that the ‘Whipped-Cream Front’ on the West Coast of Denmark was deadly serious. At the same time, though, the commander in chief also had time to fall in love with the beautiful, Danish girl whom you can also visit. At the age of 18, when the war was over, the young German soldier, Gerhard Saalfeld went home to Germany, but he returned to Denmark over many years before finding his virtually intact bunker once again. Meanwhile, the little girl who lived on a farm next to Tirpitz had to move when the large bunker was being built.

Learn about the construction of the bunker through the eyes of a child. Meet the little girl who lived on a farm next to Tirpitz and who had to move when the large bunker was being built.

There is much food for thought as you move from bunker to bunker, listening to the story from different perspectives. The exhibition is guaranteed to give you and your family lots to talk about. All those concrete bunkers you see on the beach will take on a whole new meaning after a visit to Tirpitz. The exhibition is constructed as a landscape of bunkers, featuring details about the countless concrete colossi.

Meet Gerhard Saalfeld, who had grown up with war toys and friendships in Hitler Jugend. At the age of 17 he was sent to the Western Front.

The exhibition has something for both geeks and children. Only one bunker is forbidden for children. If you want to find out why, you will have to come and see for yourself – if you are old enough…

Did you know that the museum experience can continue after the visit? With the book An Army of Concrete, you can get even closer to the people you met in the exhibition and immerse yourself in their experiences on the West Coast during World War II. All the pesonal stories are included in this richly illustrated book, written in an easily accessible language by Anne Sofie Vemmelund Christensen, who was responsible for the creation of the exhibition.

This book is part of a series published to mark the opening of Tirpitz and shares the same ambition: to enable visitors to the West Coast to delve deeper into the treasure chest of hidden stories. In this case it is the story of the building of bunkers during World War II, and particularly of some of the individuals who led their lives in the shadow of the Atlantic Wall. The stories in the book are closely related to the exhibition, An Army of Concrete, one of the three exhibitions. The book is mainly aimed at people who have seen the exhibition and who wish to delve into the stories in a little more depth. But people who have not yet seen the exhibition, but who are interested in those individuals whose lives were affected by the Atlantic Wall, can also read it.

Buy the book in Tirpitz

or in the webshop 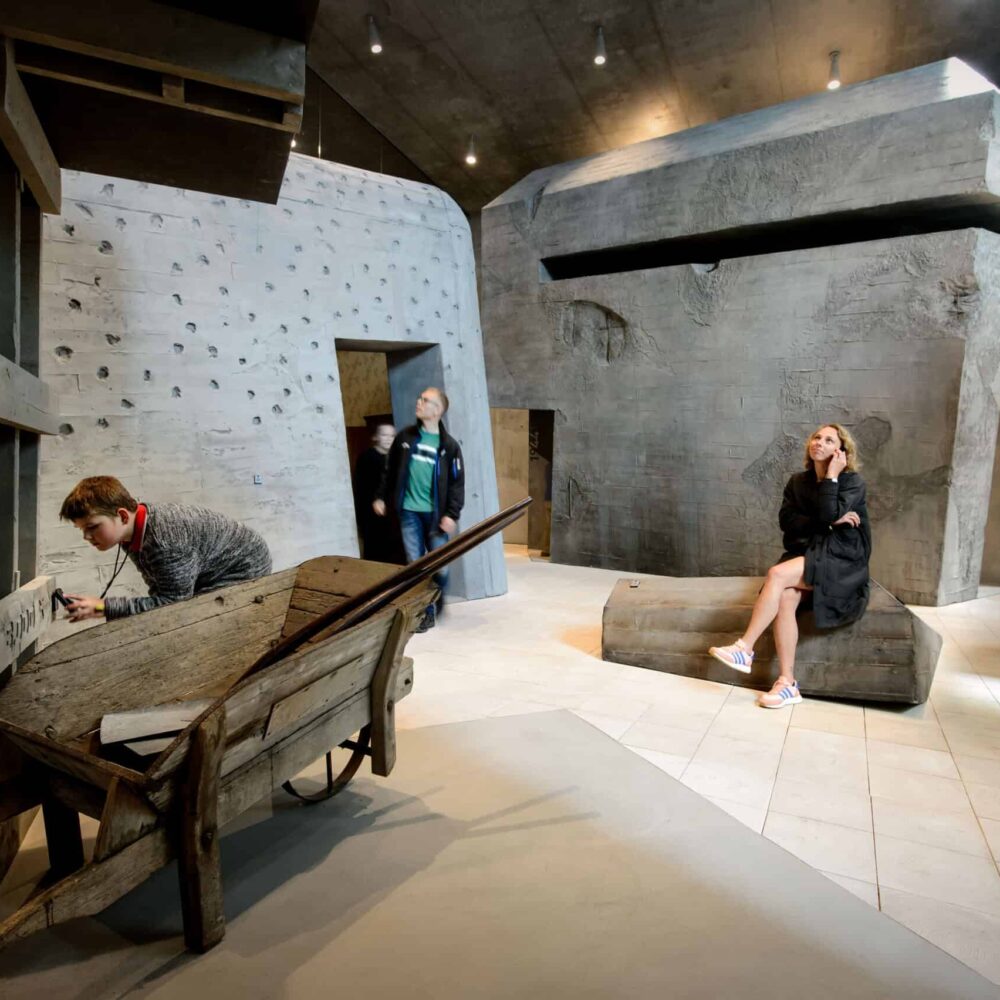 Listen to personal stories about World War II and the Atlantic Wall. 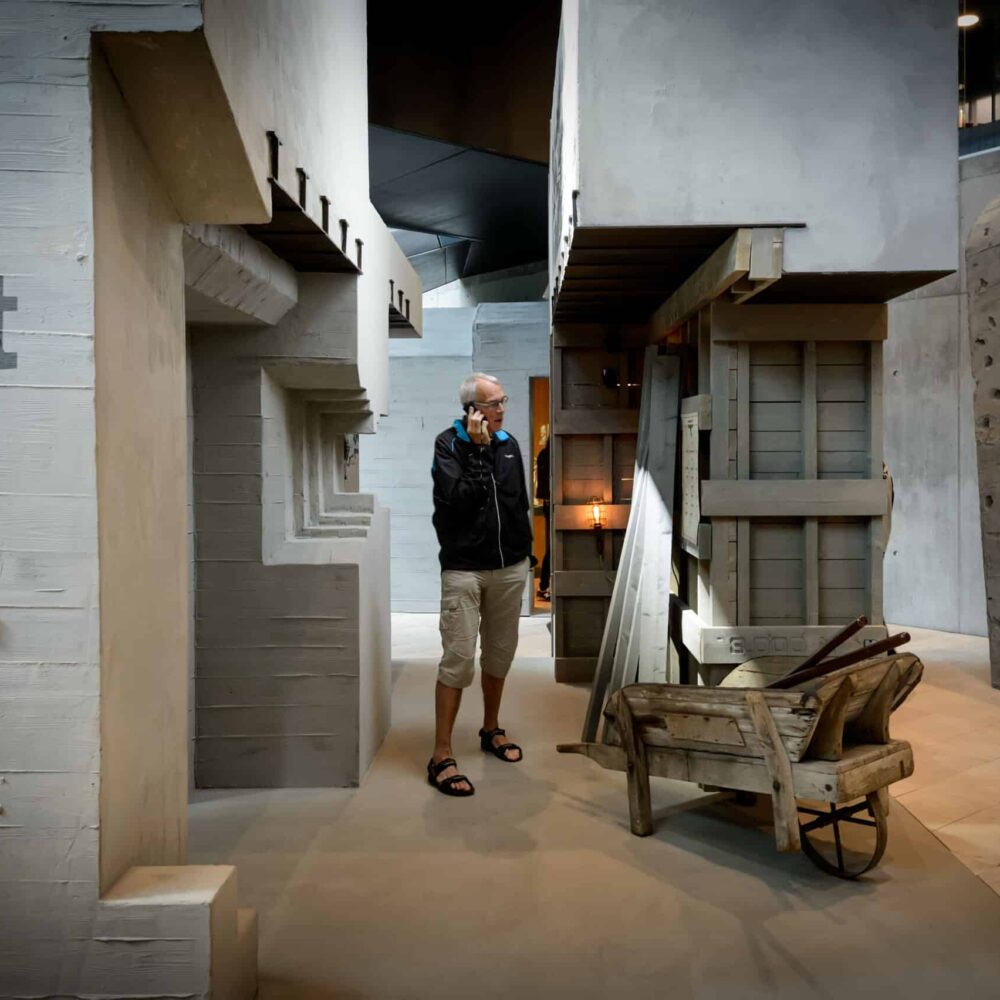 In each bunker you will meet a new person. Real people who lived on the West Coast during the war. 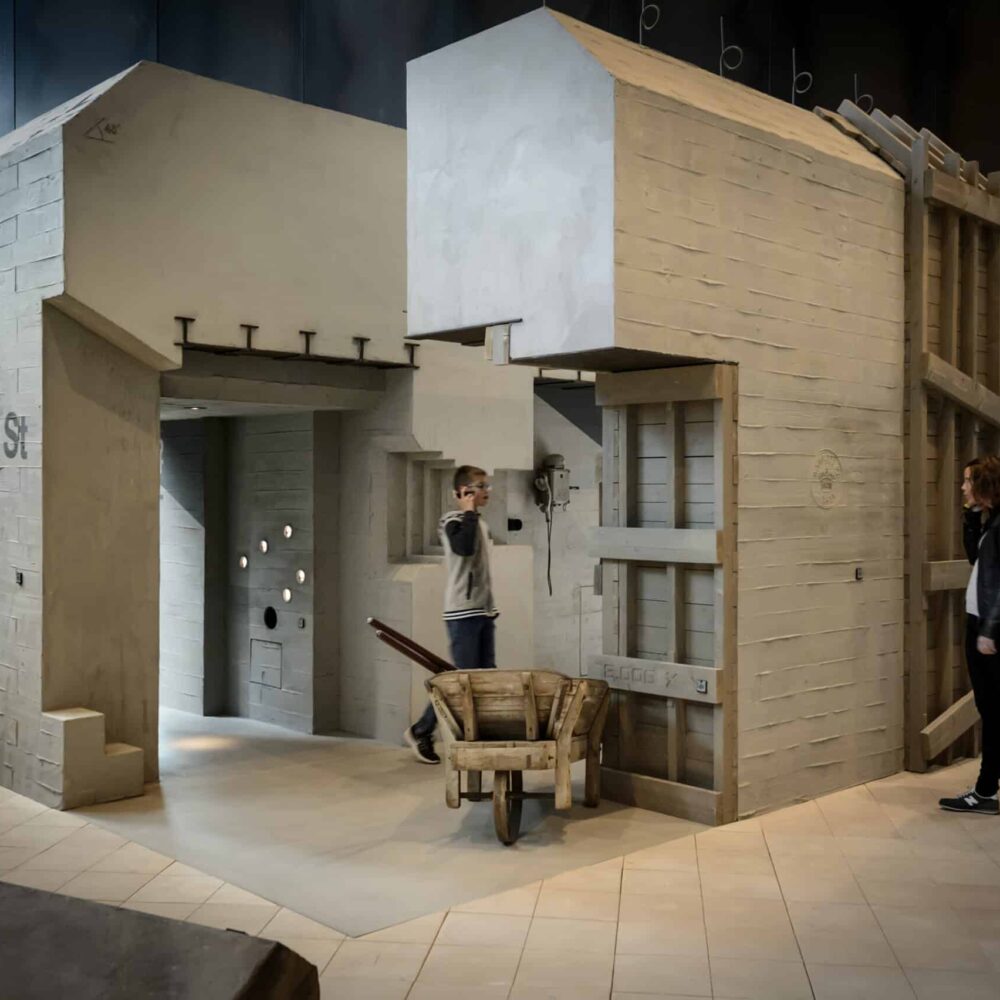 On the outside of the bunkers, you will hear facts about topics related to the personal story on the inside. 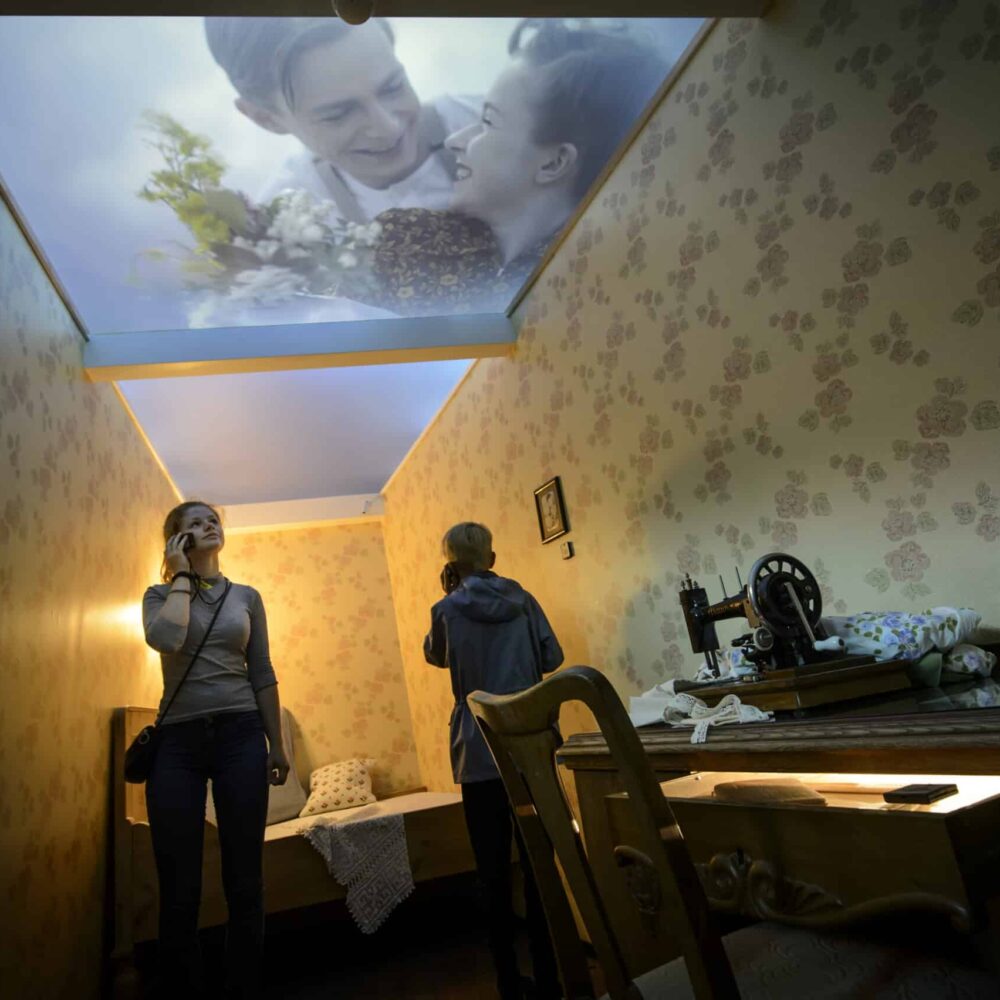 In Annas bunker you will hear the story of forbidden love. 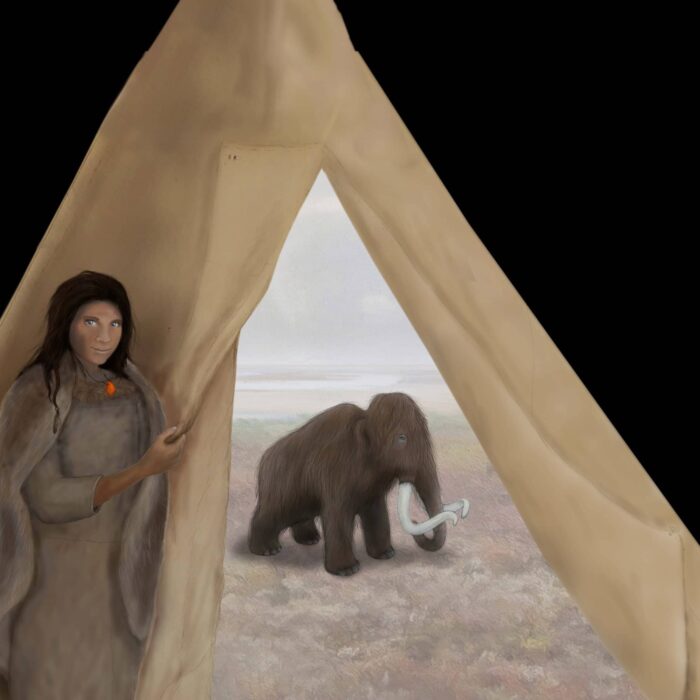 The last Mammoth – the first Human 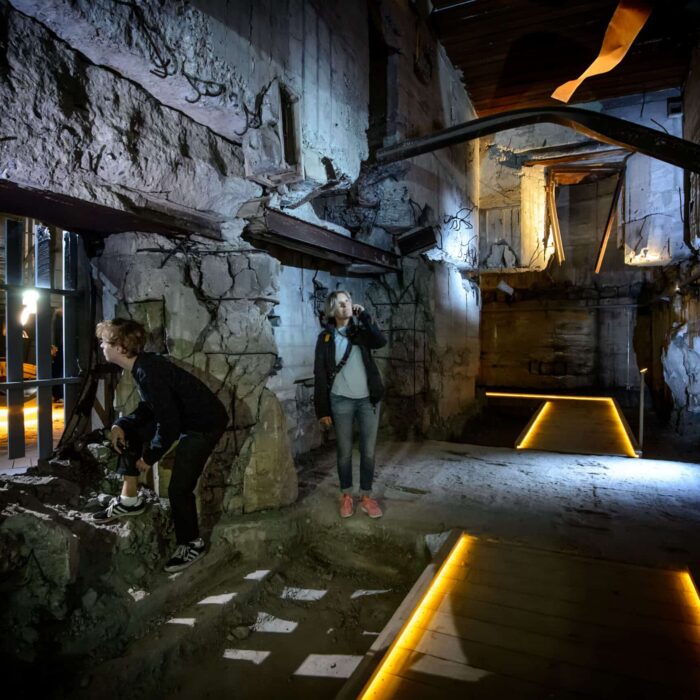 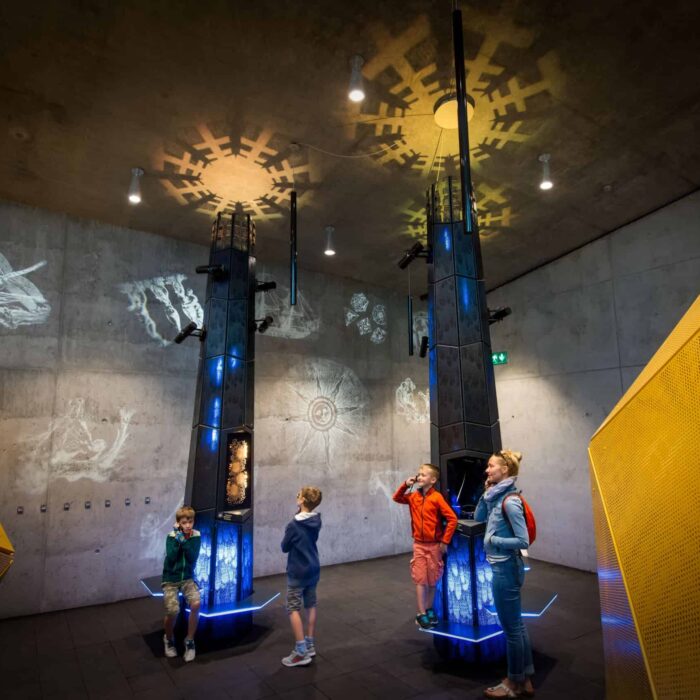 Gold of the West Coast 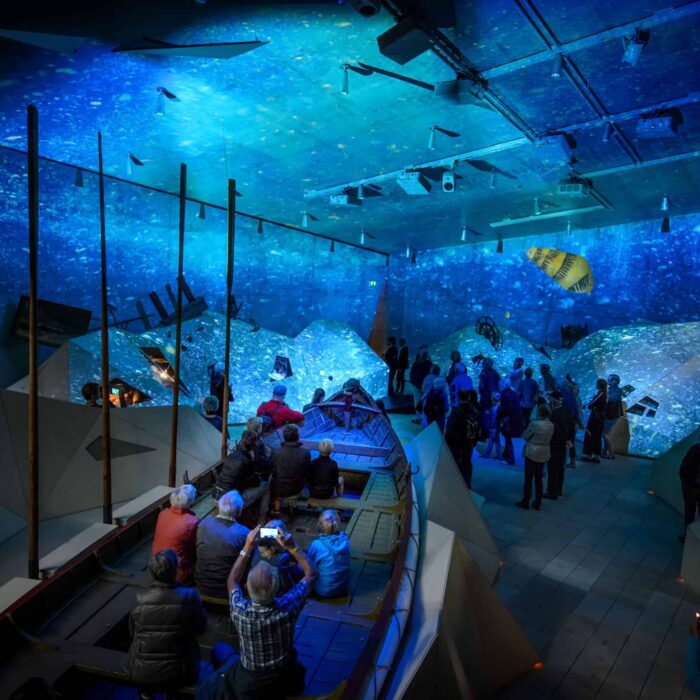 Tirpitz is an experience for the whole family. The Danish architectural firm BIG has created the spectacular setting for an attraction hidden under the sand in the protected dune landscape at Blåvand.